In November 2021 it will be ten years since the 'Zwarte Piet Is Racism campaign' was launched. On November 12, 2021 it was exactly 10 years ago that Jerry Afriyie & Quinsy Gario were forcibly arrested by the police during the Sinterklaas entry in Dordrecht. 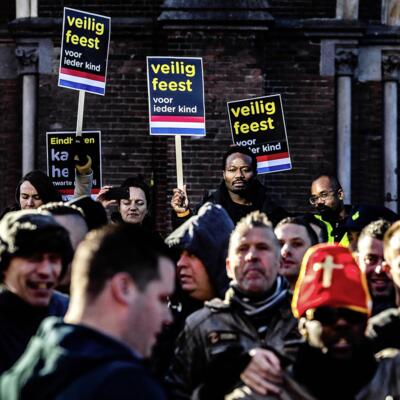 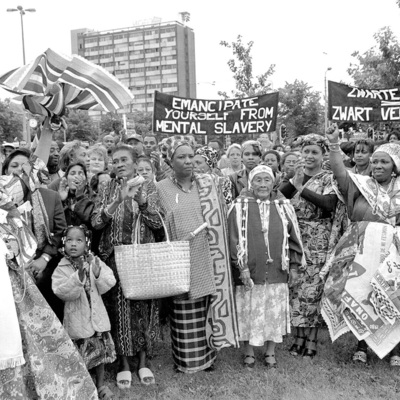 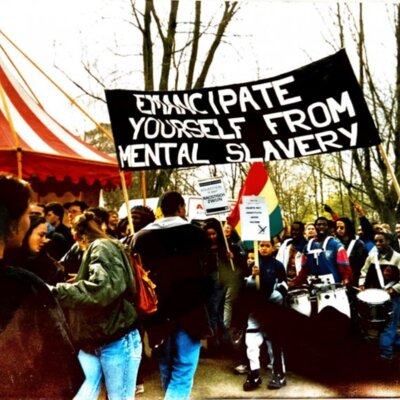 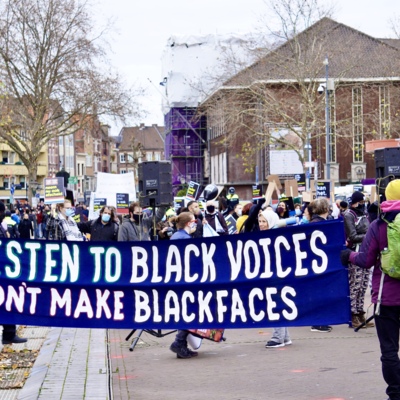 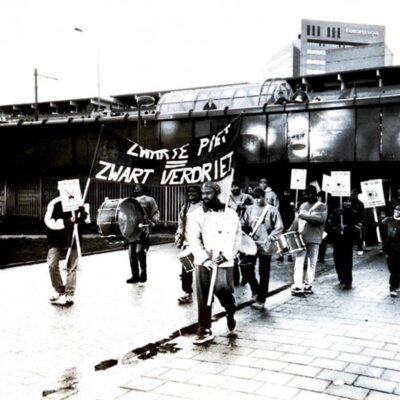 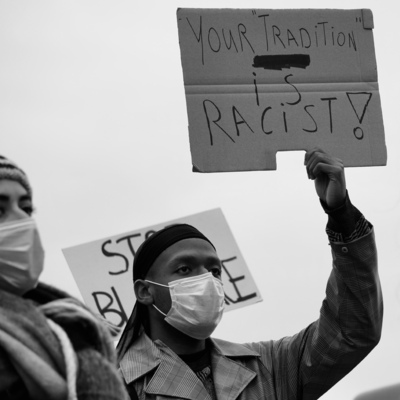 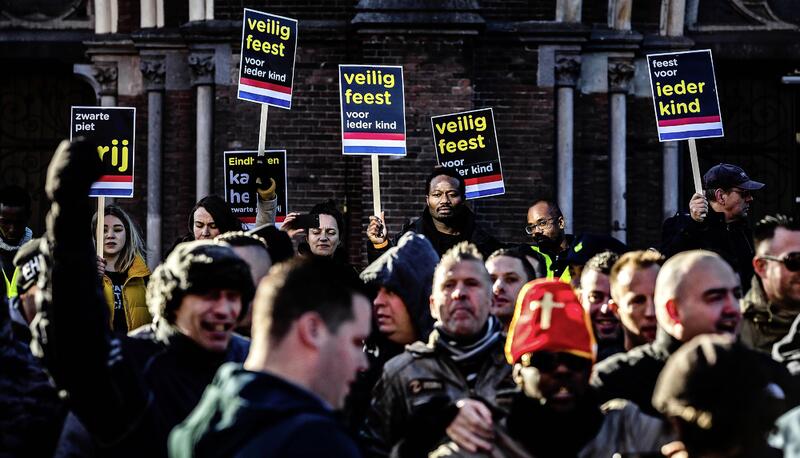 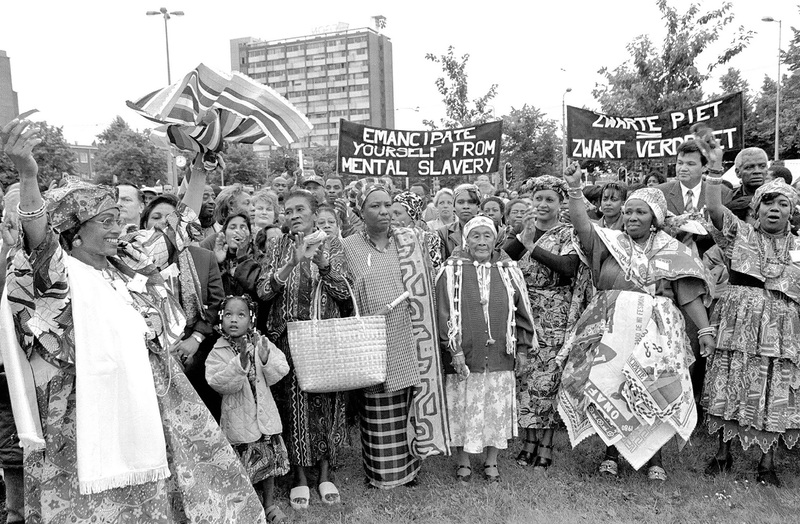 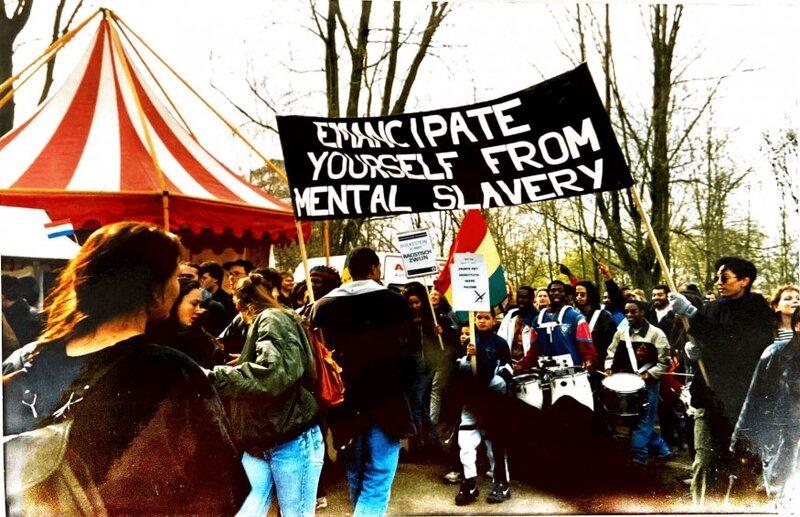 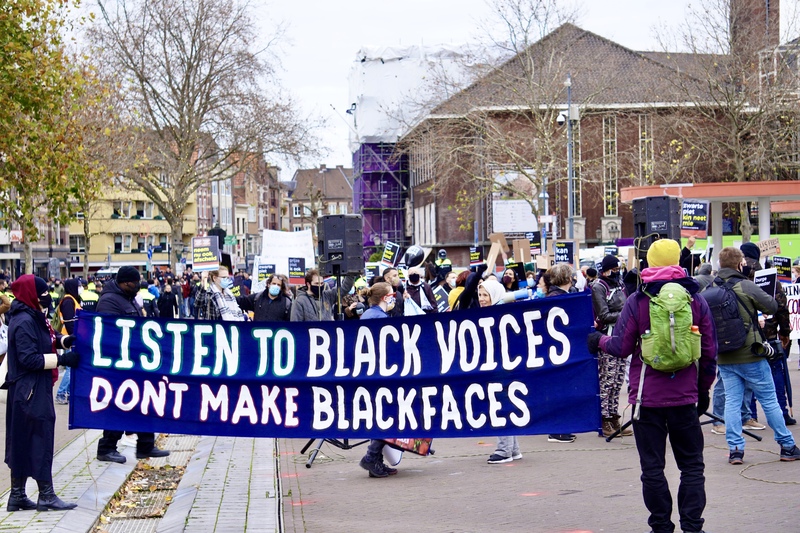 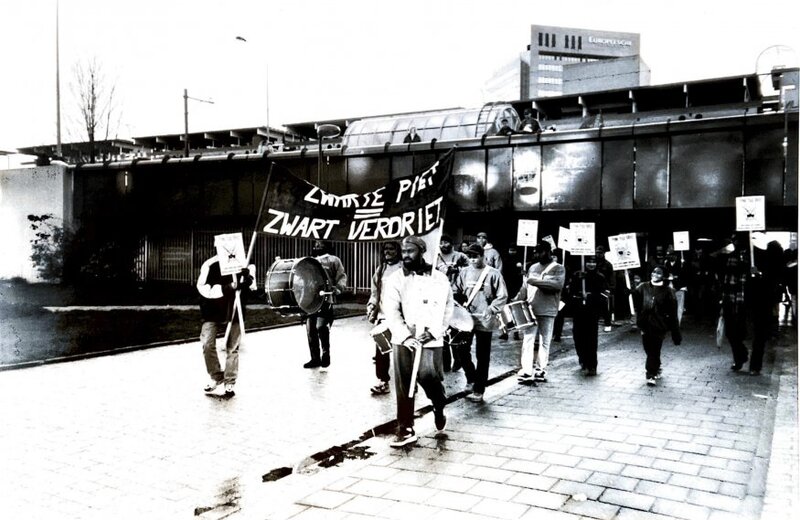 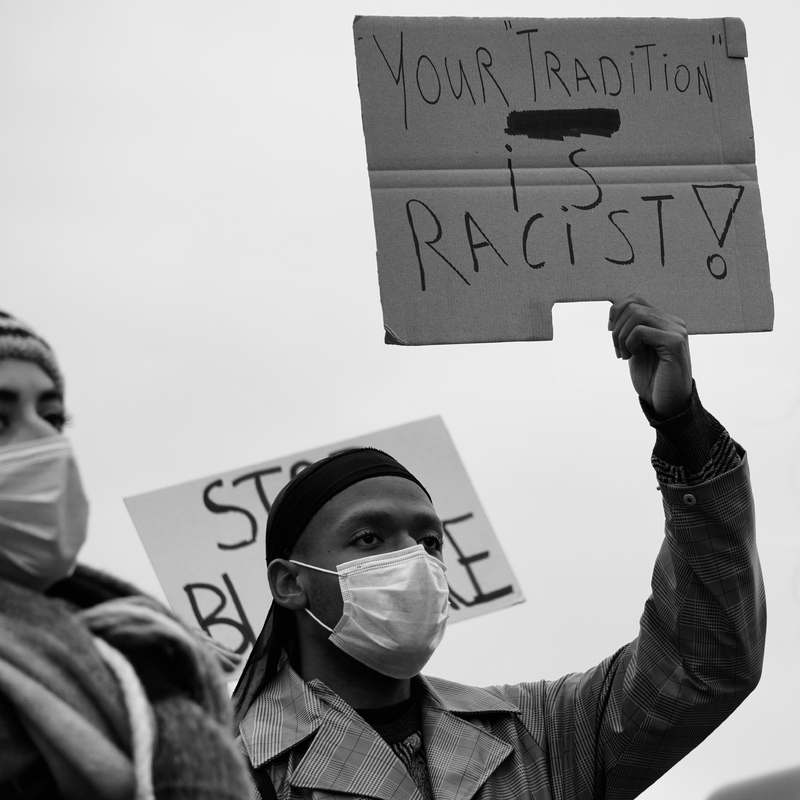 Since the 1930s there has been protestation against the figure of Zwarte Piet. In the 1990s, for example, the group “Zwarte Piet = Zwart Verdriet” took to the streets to demonstrate against Zwarte Piet. The Action Committee Zwarte Piet=Zwart Verdriet was founded in 1994. They organized demonstrations and 'anti-racist Sinterklaas parties' in the Bijlmermeer in Amsterdam Southeast and during the commemoration of the slavery past on Surinameplein. In 1997 they collected 1200 signatures for a Zwarte Piet ban and presented it to the alderman for the education of Amsterdam Zuidoost and the local shopkeepers' association.

In a statement, the group Zwarte Piet = Zwarte Verdriet wrote:

“In 1996, Piet still speaks broken, stupid Dutch, often with a Surinamese accent, while Sint speaks very dignified. It has all the clear characteristics of a Black man and woman and is a caricature thereof; the 'negro' with the big earrings, 'thick' lips and frizzy hair; a stupid submissive clown, who plays all kinds of tricks and serves the intelligent white man. The slave of the white Saint who is exalted above his servant. These images are not typical for the Sinterklaas party, these stereotypes and prejudices exist. Racism as a system of meanings and power often presents the other person's body as an object of ridicule.(…) The majority of Dutch society still thinks that they cannot have fun and have fun with Sinterklaas without a racist caricature of the black man and woman hopping around. It would not be a real Saint Nicholas, just as the master without a slave is not a real master. The White/Black relationship is presented in a natural way as a master/slave relationship. This is not recognized as racist. (…) We strive to remove the Zwarte Piet phenomenon from the Sinterklaas celebration.”

In the spring of 2022, The Black Archives will open the exhibition 'Facing Blackness' about the history of image formation about Black people in the Netherlands and about the resistance against it. In the run-up to the Facing Blackness exhibition, The Black Archives organizes dialogue sessions in which artists, activists and thinkers from different generations enter into dialogue. We are looking for stories and objects about the history of resistance against Zwarte Piet and objects that show the historical context of racist caricatures such as colonial children's books, products, advertisements and artefacts. 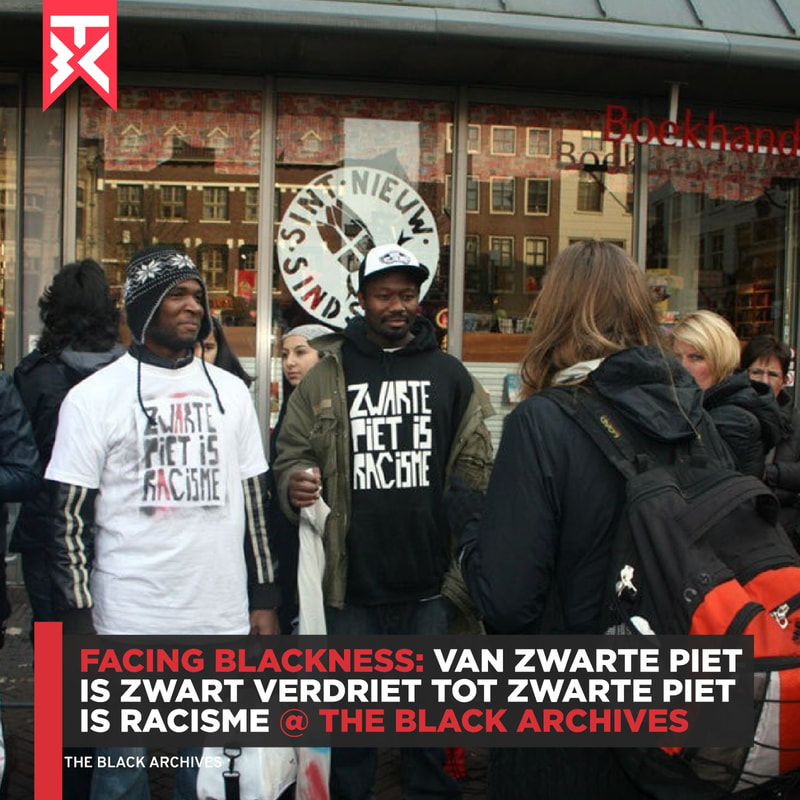 Do you want to share a story or donate an object?

Or else, Upload it Mail to: research@theblackarchives.nl